These are the headers being mocked up.  Two of the key points about these is that they will have three flex joints that will eliminate the propensity they have for breakage, and the head to header flange design.  This flange has been made such that it makes for a seamless transition from the oval at the exit of the head, to a nice round exit to which the pipe fits. These headers are being designed for the long haul, and because of this they will not be cheap.  But I will say that they will probably be the last set of headers you will ever have to buy for your car.ragraph here. 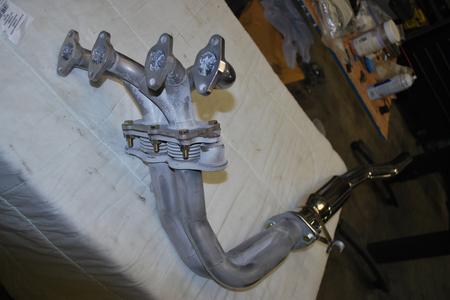 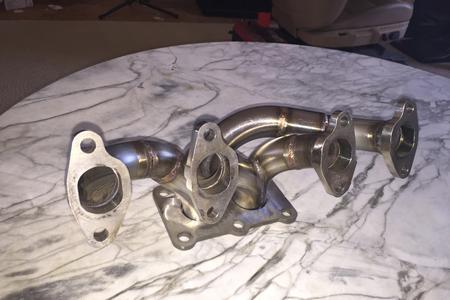 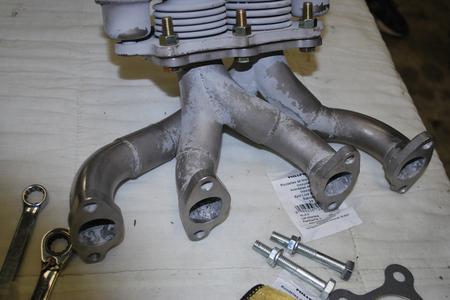 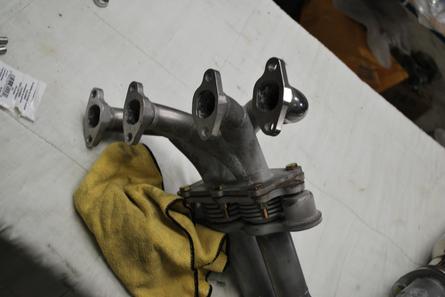 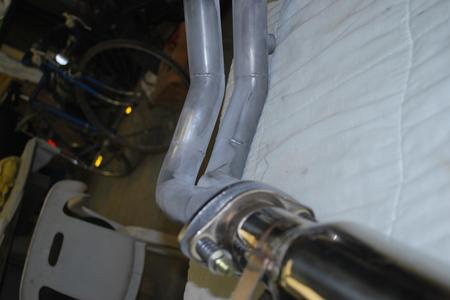 It is important to note two points about these headers. First the pictures here are of the first prototype.  it is the goal of building these that any piping is made out of one piece instead of the multiple pieces that can be seen here.  The other important point is that these headers are designed to flex within the car while the drivetrain is moving within the engine bay.here. 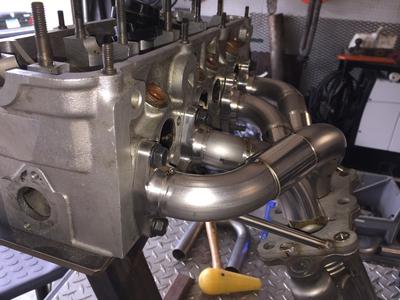 Type The Upper left one was made from a Volvo air intake that we all know so well.yIt works and looks great, but it is, simply put, a "one off".  Therefore I must make one that can be reproduced, and hopefully, a lot.  The picture above and to the right is prototype number 2.  This one was also a one off but incorporated some of Ross Noll's design genius which has been carried on in numbers three and four.p

​Ultimately, the latest versions will have a fixed, or flexible tube coming down out of the bottom that will enable the end user to install a three inch filter at the bottom. 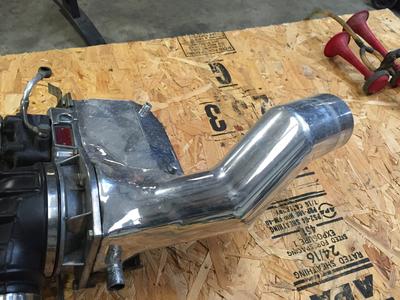 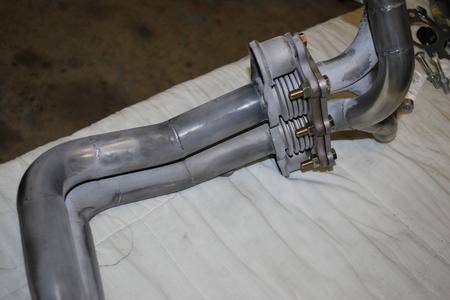 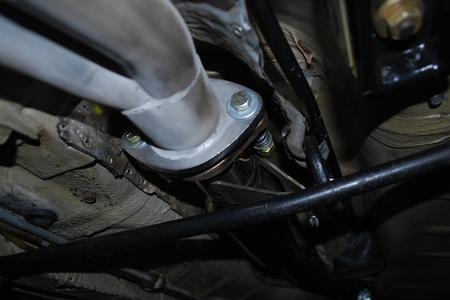 This page will be modified as the products become available.  But the main theme of what's happening here is that if you're restoring your car, or just plain want to make it functional, I am trying to create the solutions for the worst issues that plaque these builds/fixes.

As time goes, I will be asking folks to join in on what will be a group buy that will enable me to fund the production of these items.  Once I can nail down a number of units that it will take for me to be able to at least break even on them, I will start the campaign(s).  Something that I would also like to add to this is that I am making a tremendous leap of faith in going forward with putting this information out here.  I am HEAVILY invested in this and I truly hope that folks will come to me to get these parts rather than just take the idea and run with it. But, the flip side of the coin is that if someone really wants to do this for the very limited market that is the Mk1 chassis, I would invite them to fight the battles that I have already fought.  Trust me, the road is not easy.

As of right now, I am working on two major items that have to be done before anything else can be accomplished.  The air box, and the headers.  I will start with a brief history of the air box first.

​​​This piece is cut and folded from two pieces of sheet aluminum and welded into a box. The tubing that reaches to the bottom will be mandrel bent 3 inch aluminum that will enable you to put a cone filter at the bottom.  Some folks might balk at the filter being low to the ground but it is actually no lower than the factory intake because, in stock form, the motor pulls it's air from the lower unibody  cavity behind the bumper.  Any person who is worried about this should not be driving their cars through lake beds.

In addition to this fact, it is also noteworthy to say that any water that does get up into the intake will break up and fall out before it gets to the engine due to the sheer size of the pipe, and the sheer distance the water must cover to get to the top of the engine compartment and into the intake.  e your paragraph here. 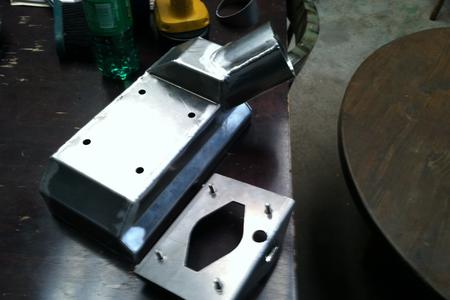 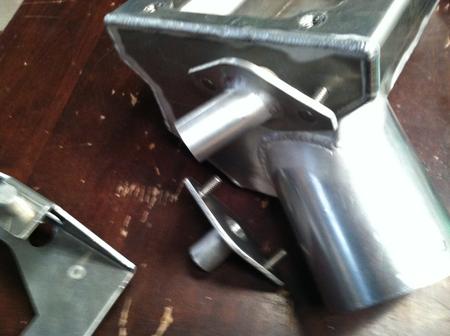 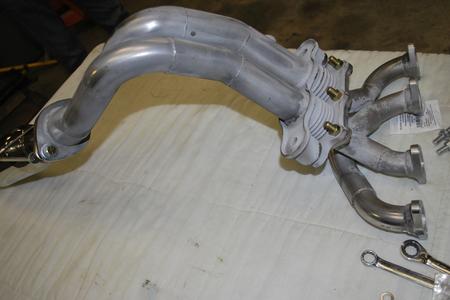 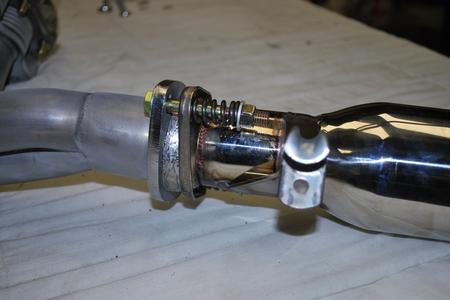 It is worthy to note that this box will be available for both 8v and 16v Scirocco applications.  Note that the hose union shown to the left is interchangeable for both.  the bracket underneath is designed to be installed first.  It fits right into the factory rubber bushing holes and uses the factory clip to hold it in place.  Everything else falls into place on top of that. Type your paragraph here. 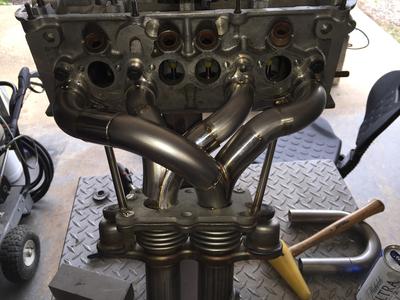 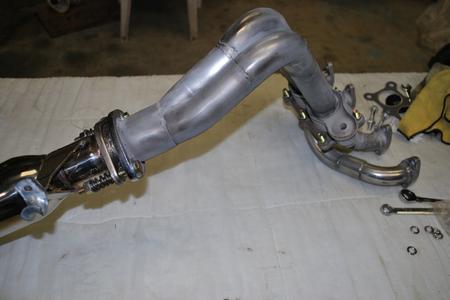 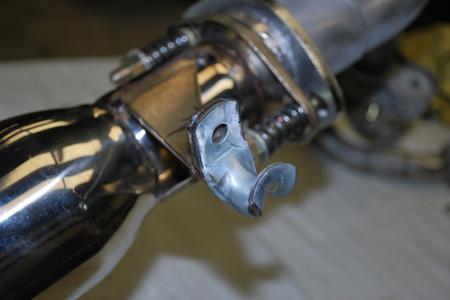 My ultimate goal here is to be able to make an entire exhaust that solves all of the typical problems that have plagued every exhaust I have ever tried to put on my car(s).  Having the three flex joints is just the beginning of the battle.  My next battle will be to get a 2.25 inch pipe over the rear trailing arm without hitting the bottom of the car or the top of the bar.  There will be more updates on this as the restoration moves forward. 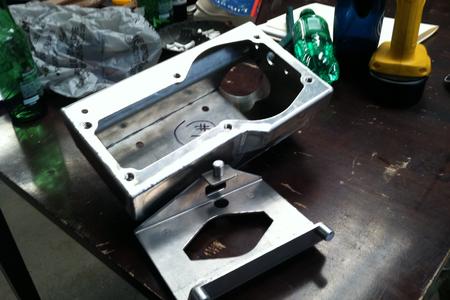 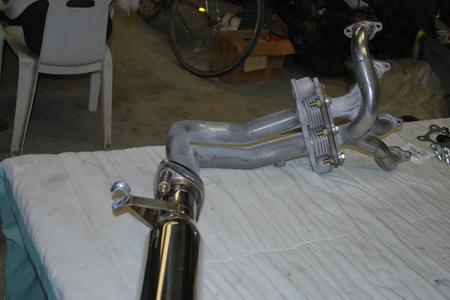 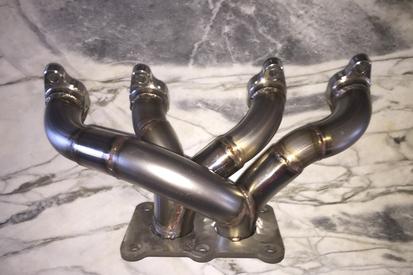 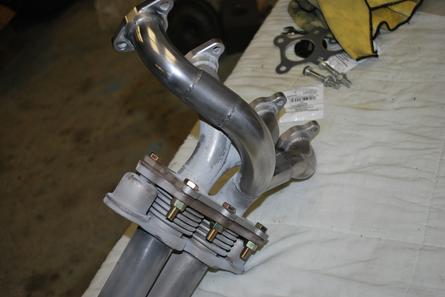 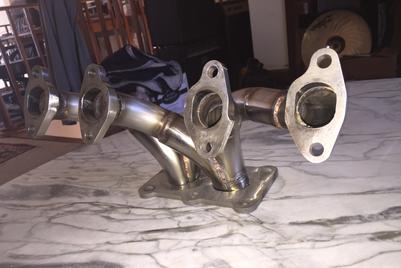 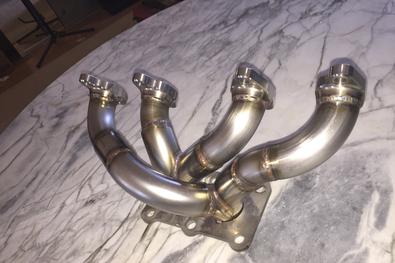 In the picture above and to the right you will see the one exhaust hangar that no aftermarket header ever uses.  For the life of me I cannot fathom their logic.  Maybe it's because they have to make their stuff for cheap, so they can sell it for cheap, but in my mind, there is no way around using this hangar mount.

When utilized, this forward mounted hangar completely nullifies the movement of the rest of the system both up and down, and front to back.  it is the down pipe (the two to one pipe) that will flex both at the top and the bottom.